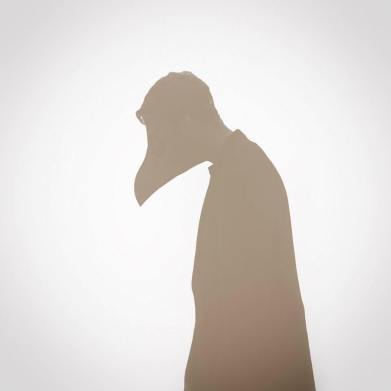 S: It went from surf rock to indie, this and that . . . but if you hear us know its actually a Samba-Rock band. We added Congas and Pandiero to the line up and switched the bass drum beats around and viola Samba-Rock.

S: Spritzer started as a side project from my other, older band, Friend Roulette. I came up with the name while I was walking on the beach drinking a white wine spritzer.

S: This album I dug deep into Albert Camus’s “The Plague”. When I was writing it, it was around the time Trump came into office and the book ‘1984’ was super hot as people were making comparisons of post trump life to the book. I saw more of a comparison to our unfortunate political situation to ‘the plague’. So it was a lot of reading and feeling trapped.

S: Just a couple melodies, maybe a clever lyric here or there.

S: Its just funny balancing it with what one would think of as a conventional life. Example, Fiancee wants to go to brunch and a movie really badly and all I want to do is finish EQ’ing this synth bass that’s making everything muddy…. But I go to the movie anyway and probably hate it… but there were unlimited mimosas at brunch, so now I’m happy…. get back to the studio…. Somehow the Bass EQ has fixed itself.

S: Both are fine. In the case of this album I had more of a strict direction than I ever… stylistically, content wise, and even song order were all decided ahead of time. Going by impulse usually ends up with direction anyway. For instance, I started recording some silly covers impulsively and now I’m almost done with an 8 song album of covers ranging from Green Day to Bruce Springsteen in Bossa / samba styles.

S: Take your art seriously, not your self.

S: Tom Ze has really been freaking me out lately.

S: I used to hate it but now there’s nothing more that I love than being in my home studio, staring at a computer screen and EQ’ing that Synth bass that was mucking up the mix. I didn’t have a computer for about 6 years, just an iPhone for demos. Now it really has opened up a crazy world for me. There’s no way I would be 8 songs deep into a Cover album as silly as the one I’m doing now.

S: I like to flip that question. I think its a common misconception that “non artists” all think alike and do as they’re told.

S: Yes I do love traveling. I like going to different places in Mexico and was most recently in Oaxaca… I love Mezcal just in case you want to know.

S: Simone De Beauvoir is my Favorite author… my most recent favorite book is “A Personal Matter” By Kenzaburo Oe

S: Right now just working in my home studio making all types of music in different styles. I’m almost done with the album of covers too.

S: You don’t have to wear pants all the time when you’re at work.

S: I’m still trying to figure out what that is.

CHECK OUT MORE ON: SPRITZER

← WOMEN OF THE NIGHT
SOFIA PODESTA →