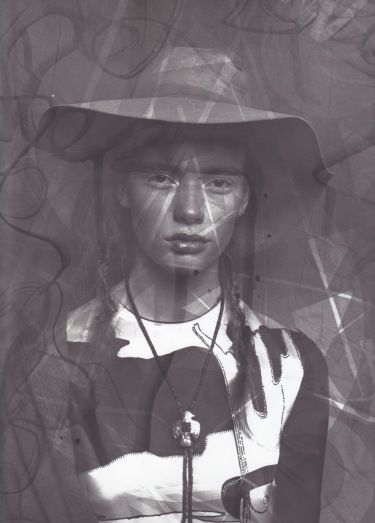 JE: Mostly, I make pictures of people I suppose… haha.

JE: Lately, I’m really inspired by the people I meet. I have started photographing some really wild, passionate, and talented people this year.  All of them I consider new friends. I’m inspired by the sun, for sure, I like what it provides for us.  As far as other people making shit? I’m inspired by Nick Haymes, for sure. He gave me a camera a long time ago and taught me how to print. He showed me some cool books and called me out when I needed it. I’m inspired by my peers who work daily helping others make their things and still have the drive and desire to make their own work.  Idk, I’m inspired by people like you who reach out to me from the depths of the interweb and ask me questions that I don’t ask myself.  You’re providing me with some reason to think about it. Haha thanks!

CH.89: Can you talk a little bit about what your creative thought process is like when starting a new project/ piece of artwork?1. If you were to categorize or describe the style of your artwork, what would it be and why?

JE: I guess having a conversation with a subject is the very beginning of the process. Usually, we’ll pick a day and I’ll have them bring some clothes.  I used to think you needed a lot of people to make a nice picture. Lately, I’m thinking it just gets to be a distraction and a headache with all the chimes in the wind trying to be heard. “That’s too red.” “Yes but does the fashion live in the same world as the hair?” “She’s too fat” etc. etc. I’m sick of all that so I’m starting to think my process involves eliminating as much of that shit as I can.  Maybe clothes aren’t as cool as we think they are? Idk, my process involves deciding what cameras to bring (usually all) but sometimes a person is very active and high energy, other times somebody is quite calm. So I like having a couple point and shoots and something a bit slower for the quieter moments.  I imagine myself like a cowboy in a shootout when I’m double wielding two compact cameras.

JE: Nothing in particular really. I just want people to feel things.  I don’t think we honor our feelings enough.  I hope people feel something even momentarily when they see my pictures. Even if they don’t know what that is.

JE: Talking about it can be good, right? I’ve been going on quests lately haha camping with strangers or traveling for work and not sleeping so I can go out and experience the places I’m in. I’ve been on a binder lately too, just lots of superficial celebration of nothing. But that’s all it is, right? Just living. Meeting people and hoping they’ll connect with me and make a picture.

JE: I think it’s subjective and really only matters to the individual. For me, it’s better to have a guideline but be easy with where the journey takes us. Some people need that structure and in the other direction some people need complete chaos in order to create

CH.89: What is one major lesson you’ve learned as an artist thus far?

JE: That it’s ok to be scared. That you are going to fail. That comparing your success to those around you solves nothing and does nothing for your ability to succeed. That people want to know you believe in what you do. If you can sell yourself you can sell them too.

JE: Importance in regards to? To the first impression? Maybe some people use it to make their choices for them… “They could be a cool person but they have different taste from me so I’m gonna pass.” 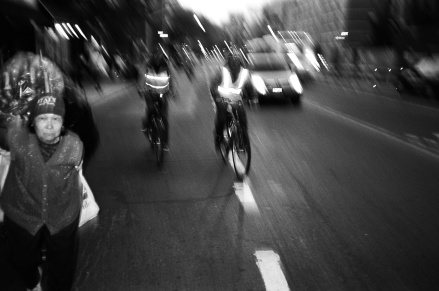 JE: Calling yourself an artist. Might as well introduce yourself as a con man really.

JE: Being a: con artist*

JE: I like Kendrick Lamar, Lucas Samaras, also Man Ray who really inspired the photogram stuff I was doing in the dark room (portrait of Julia)… idk lots of people.

JE: I think it’s amazing! You all should check out this video interview Bowie did with the BBC in the 90s, its marvelous. He talks about the internet and pretty much nailed it way back then. Haha. https://www.youtube.com/watch?v=bdL3NR9Yno0

JE: I think whatever it is making decisions for me allows me to see the world differently. My brain? But we all have one of those, so no. I can say it probably isn’t related to my decision to make stuff.

JE: Traveling is the best! Favorite? NYC by far, it’s like a piece of all your favorite cities mashed together into some kind of leftover casserole.

JE: The Lucifer Principle by Howard Bloom, blew my mind. I had to read it a few times. Which never happens… haha.

CH.89: Any future goals or plans for your artwork?

JE: Yea, definitely! Get into some shows in Europe, let rich people buy and trade that shit like baseball cards! Haha. No, in all honesty, I just want to get to a point where I can make the things I’m compelled to make and be convincing enough while I’m at it to make a living.

JE: It means never being on time to anything. Drinking nothing but coffee, liquor, or mushroom tea, haha. Making sure to create the illusion that your scummy meager means of living are far more lavish and ladled in luxury than it actually is….

CH.89: Any last words on the aesthetic of your artwork?

JE: My aesthetic isn’t much really, just stripping away all the layers of bullshit to let ourselves shine through to the viewer.

CHECK OUT MORE ON: JOSHUA ELAN