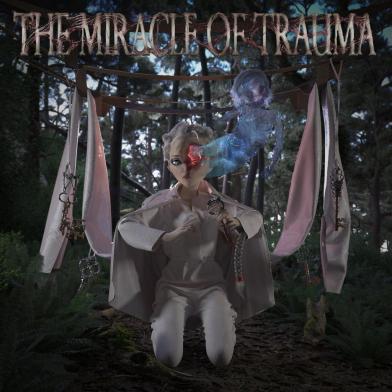 HPJ: Extremely niche. What I do in Airport is try to make music based on intuitive subliminal cues in the architecture of sound in order to achieve the creation of cohesive structures that flow like normal songs. It’s in the tradition of experimental or avant garde electronic music but differs in the sense that I play all the instruments in little live takes rather than compose using Ableton, Logic, or whatever DAW (digital audio workstation) other musicians choose. In that sense I try to keep things as ‘punk rock’ as possible.

HPJ: I draw my inspiration from nature and largely, the unknown or paranormal. I also draw inspiration from fellow artists of all practices; be it the beatific films of Andrei Tarkovski and Peter Weir, or the contemporary absurdity of live acts such as the dubstep group Excision and ‘club deconstruction’ artist Yves Tumor. There is a lot to take in these days. Of course I find film sound design immensely entertaining and honestly, very emotionally overpowering. I also absolutely love big budget long form ‘television series’ such as West World or the now defunct OA.

HPJ: Ever since I began actively playing music in my bedroom at age 13 I was in a band. Then it was called Gost Bich. It was named after a song by Sonic Youth from one of my all time favorite albums called Bad Moon Rising and it reflected our unspoken vision. We literally never discussed it and it was the same for Airport— all of a sudden it was just the name I was calling my pet projects at the beginning. I think for me it has to do with the comings and goings of intense emotions in a static space. I also was inspired by the name of the old “airport” card or whatever it was called that Mac computers used to get wifi. I guess they thought that name would take off instead of Wifi. I likened the arrivals and departures of people to the arrivals and departures of my different miniature movements within a whole song.

HPJ: For Airport I never quit creating or recording or have any downtime between albums. When one is released, another one begins. I don’t think of them as albums but rather time periods like as in a certain time of year, say, April through October 2019 will be ‘Crisis Actor’ / ‘Brougham’ by Gost Bich (but that’s another story I guess) because it’s after I released ‘As The Firmament Weeps’.

HPJ: A sense of awe and emotional elation and distress in even portions. I want them, above all, to find it sheered into their memory; like where and when they were when they first heard it or heard Airport. I want the listener to feel like my ‘wares’ had memorable melodic phrases and interesting textures and interesting / abrasive / lovable heart-string-plucking samples. Plucking the heart-strings is mandatory. I want it to feel like it’s theirs; there aren’t a great deal of people who would like or understand Airport/ MC NASDAQ/ Gost Bich/ Miranda but those who do seem to adore it and hold it close to the heart.

HPJ: Oh God. Um. Well, 1. I never sleep 2. I live alone and don’t have many friends, just a few people I’m very close to and my mum so I spend almost all my time alone working on stuff. I’m not like sad or anything it’s just the truth. As a matter of fact I’m very satisfied by my existence. I used to drink everyday but I don’t drink anymore really at all. I get drug tested, so there’s no chance of doing partying like that. I constantly listen to narrated scary stories, like, creepy pasta kind of stuff. I really want to get into ghost hunting so if anyone who reads this is into ghost hunting or that kind of thing holler at ur non-binary ‘boi’.

HPJ: I do absolutely everything spontaneously unless it has to do with releasing an album through a label I mean; that takes the mandatory planning, but if I’m not working with a label on an album I will just literally finish what I deem to be the last track and slap it online and try and get Tiny Mix Tapes to review it or send it to some other blogs. I’ve been lucky in that The Miracle of Trauma, my 4th album and most recent was released by AMEN and debuted on AQNB. Shout out to AMEN for being awesome.

HPJ: This totally relates to what I just said. It’s that everything is connected in the sort of “scene” I’m in and that labels and journalists and stuff ARE NOT BAD and everyone’s trying to signal boost one another.

HPJ: Yes. I think everything about an artist goes into the music. It’s like a person’s entire existence is filtered down into a little capsule and that capsule is inserted into each song, and those are what make up albums and et cetera. Like, I’m not saying a person has to dress cool to make good music, what I am saying is that a person has to have good taste in influences and whatever cues they take in and whatever is later reflected in their music.

HPJ: For me the hardest thing is how much I want to make stuff and work on things and the rest of the world comes calling. I wish that there were 6 of me working all the time and I didn’t have to eat, sleep, walk (this is how I think and get ideas) all the time. I wish we didn’t have the grind of capitalism weighing down on all musicians and creators of all kinds as well. The concept of ‘time is money’ is really destructive for any kind of creativity and it’s drilled into us from childhood.

HPJ: I love recording music and playing music. That’s all there is to it. I love tediously recording each track and completing each section of each movement in my multifaceted songs and I love getting the sound of my instruments just so and playing them in a perfectly hypnotically appropriate fashion in my more droney songs. I love sound and I love modifying and working on it. I’m really interested in alternate tunings and microtonal stuff and harmonic structure and all other aspects of cacophonous fun and sound design. 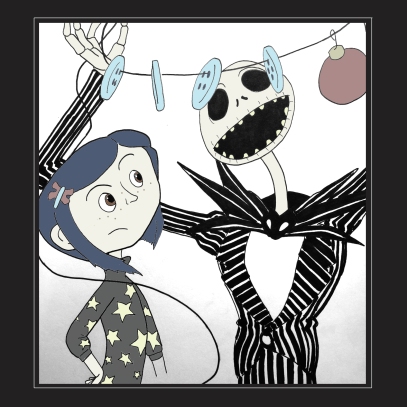 HPJ: My inspiration cuts a wide swathe. I love everything and I am a rabid consumer of all kinds of pop culture slosh runoff niche. Youtube is my best friend. Reddit is my best friend. I love visual art. I love my fellow niche “experimental electronic” musicians who I came up in the same scene as. This includes but is not limited to Chino Amobi, Lil Ugly Mane, Prison Religion, NU DEPTH, Thompson Synthetics, Hovey Benjamin, Glisper, The Graphic World/ Civilian Rose, New Star, Negative Gemini, and all the artists that played Reference and The Church of Crystal Lite.

HPJ: The crazy thing is that Airport has the most fans in Russia. I got a VK (the Russian Facebook) but I don’t regularly use it. Nobody would have a clue what I was doing if I didn’t have the internet. Tiny Mix Tapes (a wonderful review site) has been immensely helpful, Facebook has been great, Twitter could be cool but I don’t really have a good hold of it other than reading a bunch of political tweets but that’s important too. Also the internet has been super important because it made people become woke I reckon. Even my mom (who is super old school in terms of computers) knows about contemporary social justice matters now and is like more popular on Facebook than me.

HPJ: Um yes. I think I hear things always listening as if I’m about to find a great sample. I enjoy the other company almost immediately of most people I meet in my profession. I mean the ones who are undesirable are real pieces of work but…I think creatives are the most fun to hang out with even though I enjoy being alone. I’m sure there’s great perks to being a psychologist or neuroscientist as well. 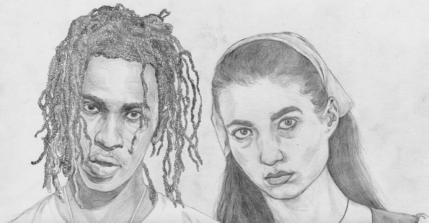 HPJ: I do, in fact, enjoy traveling. I haven’t been out of the country but once, but no city I’ve been to seems as interesting as London. It was so old you just can’t experience that in the states.

HPJ: I really loved this book called ’The Book Of Proper Names’. I think it was young adult fiction – I’m not even kidding. It was about a ballerina named “Plectrum” and I hope everyone who reads this is so interested in Airport and what I want them to read that they rush out and read this book, so I won’t spoil anything.

HPJ: It means that you make something that, to someone-somewhere, is art. I was thinking about this question for a minute and I thought about ‘folk artists’ who, in their minds, made religious totems that they just had to make cause they were schizophrenic or something for example; to them it wasn’t art, but lets say later an art collector finds these totems and decides its art. Now we have a famous folk artist.

HPJ: I just honestly think I have a gift of channeling some sort of special essence from the chaos realm into ours that makes it special. Those who know what I mean and can hear what I’m talking about- in terms of the musical decisions I make, Thank you. Anyone who reads this, I have something special and genuinely original for you and it flows through out all of my ‘projects’ (I hate that term) MC NASDAQ, Gost Bich, and Miranda. Come and see.