BC: Somewhere in between psych rock and slacker rock. Mostly because that’s what people tell us and we respect their opinions.

BC: We just want to make music, so ideas just come out of everyday life. Whether we’re writing demos in the garage together or composing ideas on our own.

BC: Everyone in the band has been playing music their whole life, so it’s gotten to the point that no one is sure what they would do if they weren’t in a project. I’ve always had a problem coming up with names for projects. This one just stuck, but it could probably be better.

BC: It changes with each album. For the upcoming album we were really focused on recording it ourselves and taking the time to craft each song individually. It was like a puzzle with missing pieces – We had three songs we were already playing live that we hadn’t thought about in the context of an album. We wanted to create a bigger project around them as opposed to recording them as singles. We’ve already decided on changes we want to make to the recording process for the next album. It’s all one big learning process, our biggest goal is to try to do something a little different each time.

BC: To me the point of music is to connect and communicate, so if someone takes anything away from our music I’m happy. Ultimately I just want to make music that people can connect and vibe with.

BC: Well let’s start by saying we live in San Francisco and the rumors are true, its expensive. We’ll go to shows occasionally but spend a lot of time at the house working towards the next venture for Bear Call. We’re all pretty lucky to have easy going service jobs that allow for us to spend a lot of time doing the whole artist thing.

BC: We didn’t have a direction in mind for this album, but you’re on to something there. Both approaches should get you something, and we’re planning on the latter for the next album.

BC: It’s a lot of work for a little bit of payoff, but that payoff means the world. Support local artists.

BC: Maybe not the highest importance but you gotta have a little soul in what you do.

BC: I don’t think I can say anything about this choice I made is hard, but there are frustrating times when folks who don’t have a passion for creating things can’t appreciate the amount of work that goes into an album/band/song/whatever it is you make. 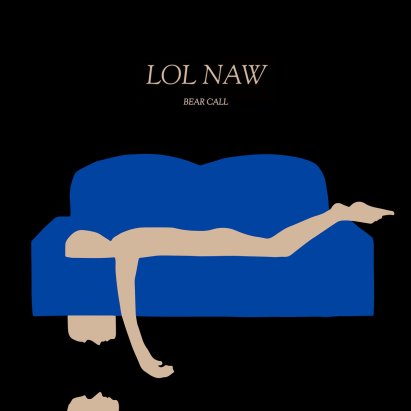 BC: Making music – like I said above I chose to go and focus so much energy into this because I love to do it and it helps me hide from shitty things that happen in the world.

BC: Without a doubt there are. We have shelves of records and mounds of books and live in a city lush with artistic output. On top of that we live in a time where anyone can throw their creations out on the internet at any time. There’s so frickin’ much to absorb. YAOWWWW!

BC: It’s bomb .com! We are super appreciative of where technology is at – it’s amazing to be able to record at home with decent fidelity. For me – sound is so malleable and emotive – and can be handled with many tools. I respect and enjoy utilizing reel to reel tape machines as well as the infinite landscape of digital refinement. 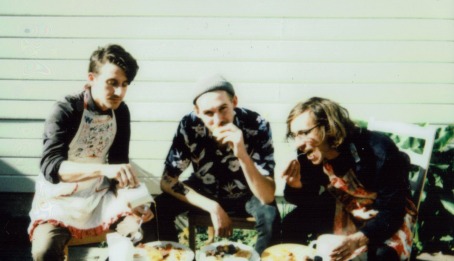 BC: Yes, but I was pretty distressed reading the article about emissions caused by air travel. So I guess the tour van is a little better of an option. We really like Chicago, Portland, Chiang Mai in Thailand, Rome, Mexico City and Tucson.

BC: Yeah I really like Roberto Bolano’s “The Savage Detectives” and I used to think my favorite book was “Be Here Now” by Ram Dass.

BC: We’re releasing our next album on September 9th then going on a U.S. Tour this Fall to support it. After that, sky’s the limit.

BC: It means I get to stay intact mentally. I don’t think I would be very happy if I weren’t doing what I’m doing.

CHECK OUT MORE ON: BEAR CALL